This October I had the pleasure of working on the Theatre Bizarre Costume Design team for the second year in a row, and this year was especially memorable. I met with the artist and creator behind Theatre Bizarre, Mr. John Dunivant, who showed me a few sketches for costumes he was interested in having me design for the big event. I was extremely honored and so excited to create the costumes from his vision.

The photos below are of a three piece costume I made for Amber, who was a belly dancer who was also 7 months pregnant. Her act involved some belly dancing, in which she removed layers of the costume, and some eating of a baby. It was awesome. The first three photos are John's sketches, and the last photos of the costume I made. The final photo is Amber performing at Theatre Bizarre. 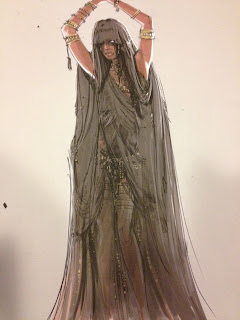 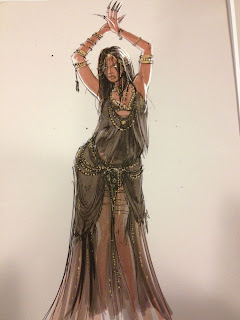 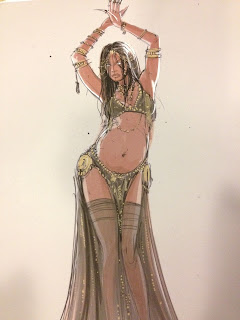 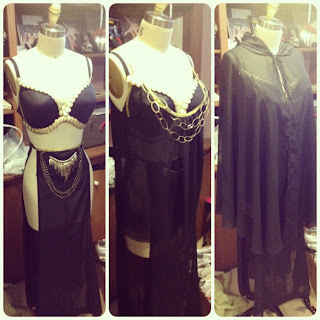 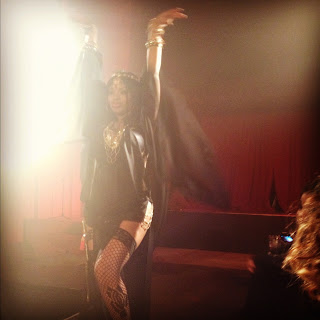 The other costume I made was for the door greeter. She had a feather neck piece and belt, a corset (the first authentic corset I have ever made), a lace under shirt, and a ball gown type skirt with an open front,  (a coochie curtain, is what I think we called it, LOL.) I'm especially proud of the work that went into this one. The lace is hand sewn to the bottom of the skirt, and I made little pillows and sewed them into the hips of the skirt so it would stand out when she wore it like in the sketch.

Below is John's sketch, some shots of the costume, and then Lisa wearing it. 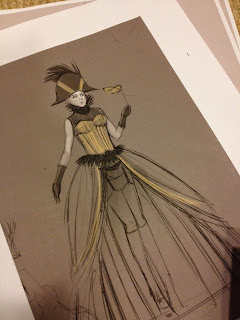 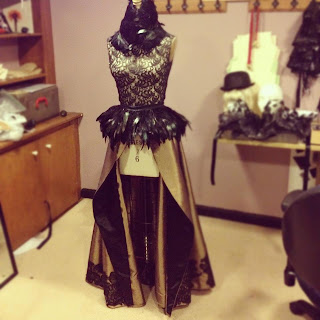 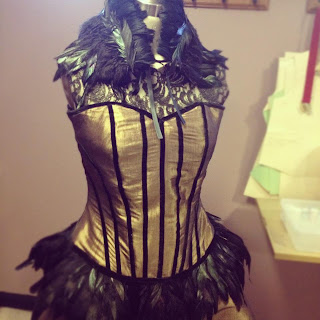 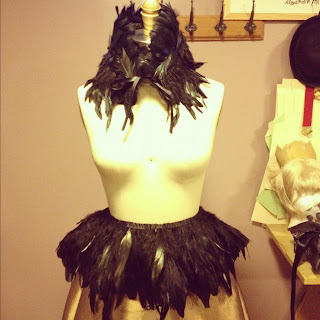 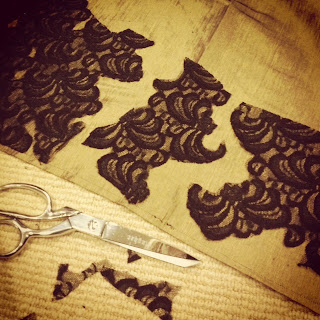 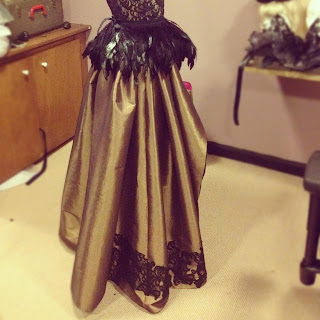 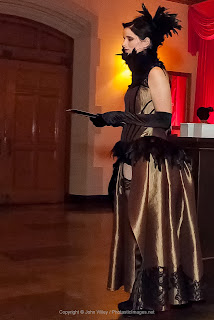 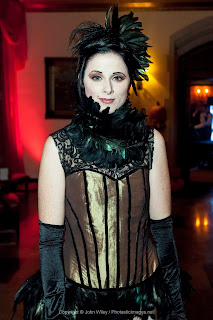 Definitely an incredible night. The people who run Theatre Bizarre are some of the nicest most fun and inspiring people to work with. I look forward to continuing to work with them on costuming for many many years to come, as there is no project that is nearer and dearer to my heart.

And of course I made myself something for the party.... 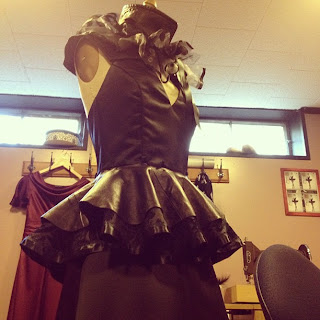 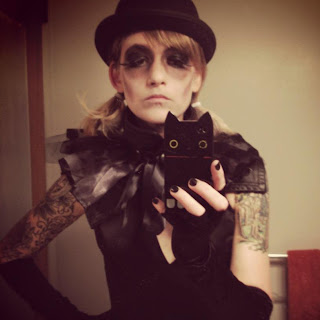 I wish I could just live in Theatre Bizarre World forever. Sigh.....