I had such a good time being a part of this event on Friday. Emily Thornhill of Homeslice is so sweet and down to earth and also obviously an incredible designer. Her new collection is gorgeous. The local designers of Detroit need to work together, and I was so excited she asked me to participate in her event along side great talents Camilo Pardo and Terrance Sullivan - both of whom I was so happy to meet and share the runway with. Collaboration is the key to success in this city. Those who stick to that mind set will always be successful. :) 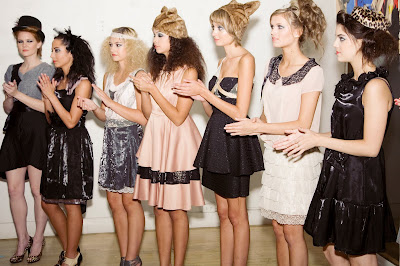 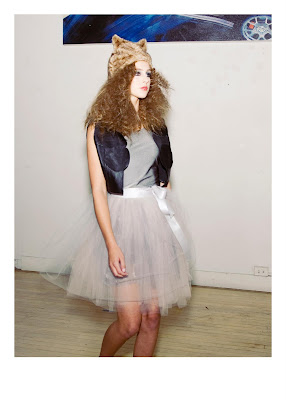 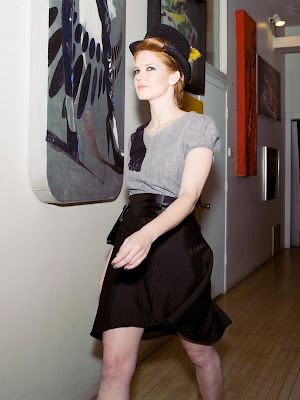 Above Photos by: Debbie Sipes 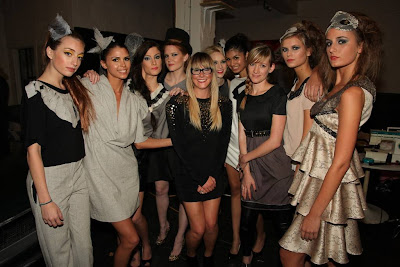 Me and Emily with our girls!

OH, and a HUGE thank you to Erin, Katie and Blank Canvas Detroit for making my girls look so beautiful! And of course thank you to all the amazing models who continue to support me and encourage me by walking in my shows with such joy and enthusiasm. :) :)
Posted by woooo at Friday, September 30, 2011 No comments:

This friday the KL 2011 collection will be shown one final time at the Detroit by Design Homeslice label launch fashion show. You can find out more information by visiting the facebook page here.

Buy designer apparel fresh off the runway in our 323East pop-up shop including artwork by Bethany Shorb and fel3000ft. Sponsors including IT! Magazine, After5 Detroit, Colonial Events, Vincent Sherk and Iconic Salon, Source Audio, Breakaway Spirits, Red Bull, Detroit By Design, and Art in Development. Please RSVP to gaurantee your accomodation.

Designer Emily Thornhill: Homeslice
Veteran designer Emily Thornhill, 26, founded Homeslice clothing in January 2011. She is best known as the former co-owner of metro-Detroit grass roots couture label, Femilia Couture. With an AFA in Fashion Design, Emily has designed and manufactured consecutive collections in and around metro-Detroit for the past 5 years. Noteworthy showcases have included events with Fashion Group International, Detroit Fashion Week, Fashion in Detroit and the Metropolitan Opera House while continuously supporting the local Detroit community with charity and mentoring. Her most recent collection was carried by Detroit's 71 Pop. Once named under prior brand ‘Best emerging Design label’ by Real Detroit Weekly. Under Homeslice Emily hopes to promote sustainable living and responsible consumerism by supporting 100% organic, American farmers who supply all her collections textiles.

Designer Kelly Sager: Kelly Lynne:
Kelly Sager is a Detroit based designer who focuses on creating edgy, unique, fashion forward clothing, while re-using as many found materials as possible and changing what was once nothing, into something. She has a passion for costuming and combining fashion with art, and is influenced by things that fall under the radar for most; finding beauty in the odd and forsaken. Kelly attended the Fashion Institute of Technology in New York receiving a degree in fashion design and graduated with honors status of Cum Laude in May of 2009. Kelly returned to the area after graduation. Less than a year later, she launched her first full women's ready to wear line for Fall 2010, which featured 22 looks in a full scale runway show.

Designer Camilo Pardo: Designs by Camilo
Camilo Pardo is a well-established international artist/designer and local Detroit personality. He works in mediums including painting, sculptor, photography, video, furniture, automotive and fashion design. Best known as the Chief Designer of the celebrated Ford GT redesign, Camilo has showcased his advance-concept fashion designs at venues including the Metropolitan Opera House, Detroit Fashion Week and Miami Fashion Week. He has been written up in many magazines internationally including the New York Times and Rolling Stone, has been featured in multiple documentaries, and was asked to visit the White House to commemorate contributions made to the Smithsonian Institute. After Camilo completes a solo exhibition at the Thompson Hotel in Beverly Hills, CA this fall, Camilo will host the Detroit By Design Fashion Show and Homeslice Label Launch in his gallery and creative space.
Posted by woooo at Tuesday, September 20, 2011 No comments:

The 2011 Lookbook is now online and viewable here. 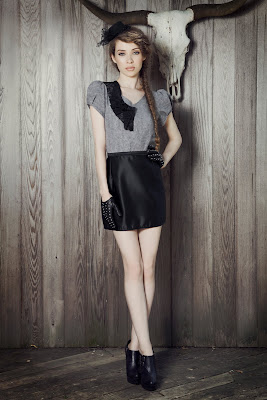 Contact me for pricing at ktsager@gmail.com
Posted by woooo at Tuesday, September 20, 2011 No comments:

Abigail, one of my favorite models whom I've had the pleasure of working with a few times this year, borrowed a bunch of kelly lynne 2011 garments for her photo shoot with Jay London. I'm in love! 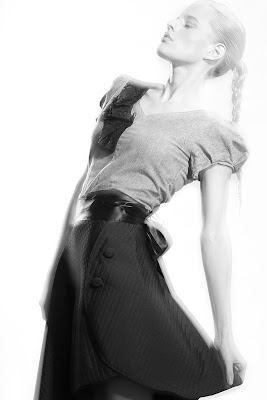 Figo Hair Salon outfitted their models in Kelly Lynne garments for their 2011 Customer Appreciation Party. Fashion Stylist Rebecca Voigt was kind enough to send on some photos from the event. 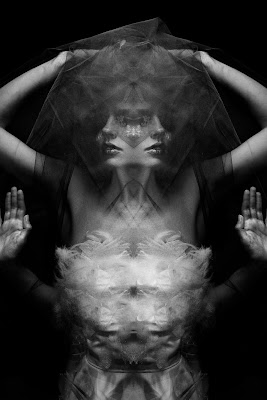 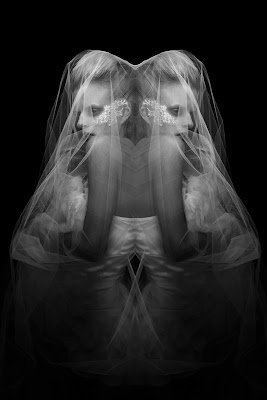 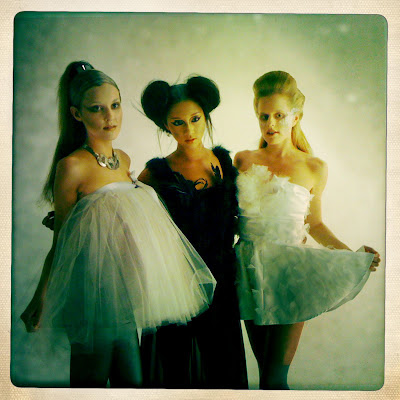 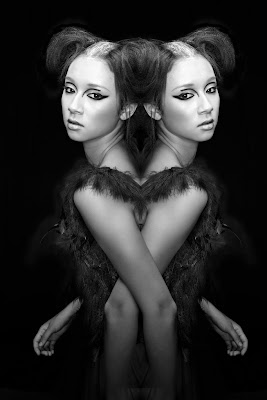 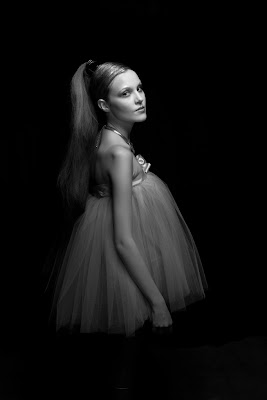 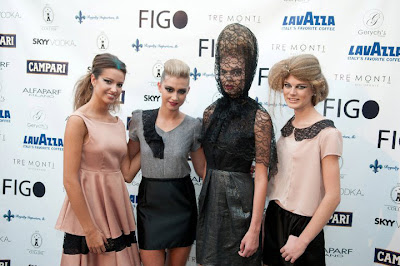 I was given 4 preview shots today of my Lookbook. There are 18 more on the way. I am so happy with the way they turned out. Special thanks to my team on this shoot -


Most especially Michelle, who although is hands down one of the most talented photographers I have ever met, and could easily tell me to piss off for being impatient, yet still remains so kind and understanding with me, even though I badger and harass her daily for these photos.

(You can make each photo larger by clicking on it.) 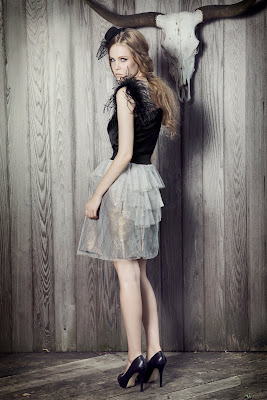 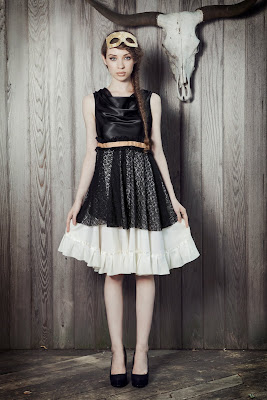 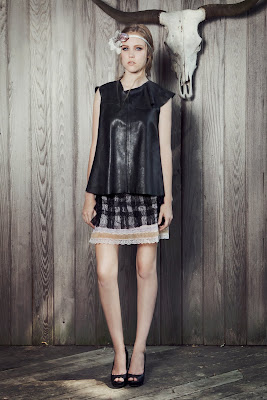 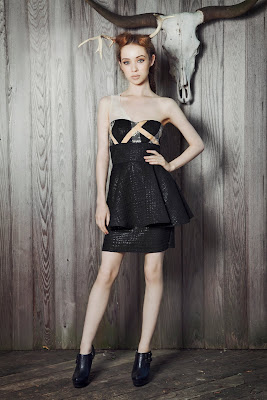 Posted by woooo at Thursday, September 01, 2011 No comments:


I had the pleasure of being a part of the People's Art Festival Fashion Show this past weekend. The People's Art Fest is kind of like, if normal boring art fests actually were full of amazing art, instead of ugly paintings of flowers that cost way too much, and pottery. It takes place every year at the Russell Industrial in Detroit, and in addition to art they have bands, food, and this year, a fashion show. Here are some photos! 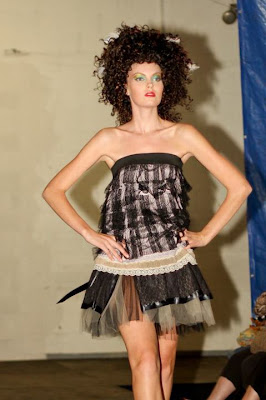 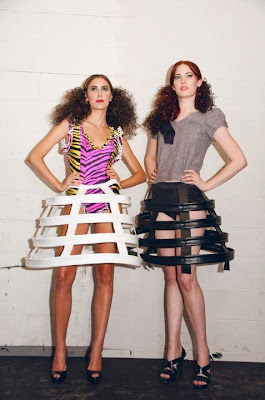 The fashion show was presented by Anna Goldstone, a fashion stylist whose goal was to show off local talent and how you can mix and match pieces from multiple local designers and create great looks. Involved besides myself were, Helena Theosakakoneko of Kinki Kitty, Justin Smith, Angela McBride of Peace Love Spandex, and Fotoula Lambros of FLD.

On September 23rd, I'm involved in another show, this time the main feature is launching the new collection from designer Emily Thornhill, presenting her collection "Homeslice". The show will be featuring myself, Terrance Sullivan, Camilo Pardo and obviously Emily Thornhill. There are a bunch of great people involved, such as Pop Up Detroit and Rich Rice from Detroit by Design. We had a meeting about it last night and I'm really excited - it's going to be quite the production and many buyers and boutique owners and other industry moguls will be in attendance. I'm so fortunate this summer to have had so many outlets in which to show off my 2011 collection. I can hardly believe it's time to start working on 2012. I will be announcing my 2012 inspiration and sketches here soon, so check back this month.

I'm also doing a slight shift to continue to focus on building my costume design portfolio. I am open this month to take on custom costume design projects for anyone planning on attending Theatre Bizarre this year. Please contact me asap if you are interested at ktsager@gmail.com

In addition, if you'd like to see what inspires me on a daily bases, follow me on tumblr.

And lastly, I'd like to thank Zera at Brite Idea Tattoo in Ypsilanti, for the amazing new ink she did for me yesterday. My tribute to my biggest inspiration, Alexander McQueen. No better way to always remember the people who inspired you to do things your way, then to immortalize them on your skin, FOR LIFE. ;) 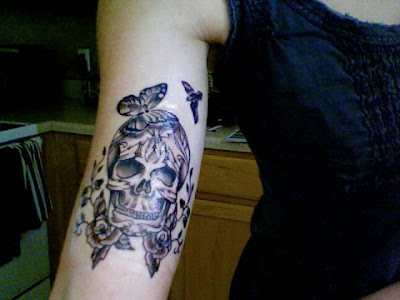